Unfortunately, Garner Fire Chief Matt Poole threw some mud at the August 16 Fire Commission meeting, accusing Fairview Fire Department board member Ed Brinson of spreading misleading propaganda. He contradicted Mr. Brinson’s statement that there is an EMS ambulance staged out of Fairview Fire Station #2 during peak hours. He also accused Mr. Brinson of publishing a misleading picture of an ambulance parked at the fire station, implying that was a rare occurrence. Ed Brinson wanted to respond to these accusations, but the Fire Commissioners didn’t permit him to defend himself. Mr. Brinson had spoken previously, so Chief Poole had the last word at that meeting.

I talked with Chief Poole after the meeting. Among other things, I confirmed that Chief Poole really did mean to say that there was no EMS staging program at Fireview Fire Department #2. He told me that EMS was no more likely to park at that fire station than at the Sheetz gas station.

I find this whole incident unfortunate. The topic of whether EMS resources are stationed at Fairview Fire Station #2 was completely irrelevant to the issue of whether to close the station or not. It would take two years minimum to build a new fire station, but only a small amount of time to arrange for EMS resources to be stationed at Fairview #2. So why bring up the matter at all at the August 16 Fire Commission meeting? The only purpose it served was to try to make an individual look bad. That wasn’t appropriate for the policy discussion at hand.

I debated internally about whether to respond to Chief Poole on this blog. I don’t like the drama of accusations and counter-accusations; it seems too much like wrestling in the mud. On the other hand, he didn’t attack me, but rather he attacked the integrity of people who serve my community, whom I consider to be my friends. Out of loyalty to them and in the interest of truth, I’m setting the record straight below.

Item number 1 for the defense: I took this picture Sunday afternoon when I dropped by Fairview Fire Station #2:

This is another datapoint in Ed Brinson’s favor. I dropped by at random, without notifying anyone at Fairview of my intent, and there was an ambulance parked there. Of course, by sticking up for Ed Brinson, I now run the risk of being accused of dishonest propaganda as well. I need some backup, in the form of more data. Friends, feel free to send me your own photographs of EMS sightings at Fairview Fire Station #2, with date and time. Pick random times between 6am to 6pm, as those are the hours in which they stage there. They park there during their “down times” when there aren’t many calls, giving, giving them a time to get out of the truck (and likely take a bathroom break, at the station, etc.) If you have access to this post on nextdoor.com you can post your picture as a reply there. Or, use the Contact form to message me and I’ll let you know how you can send me your picture. Thanks! 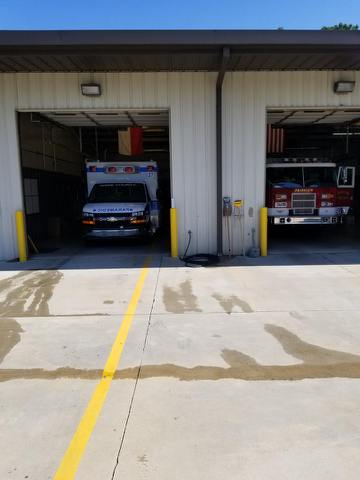 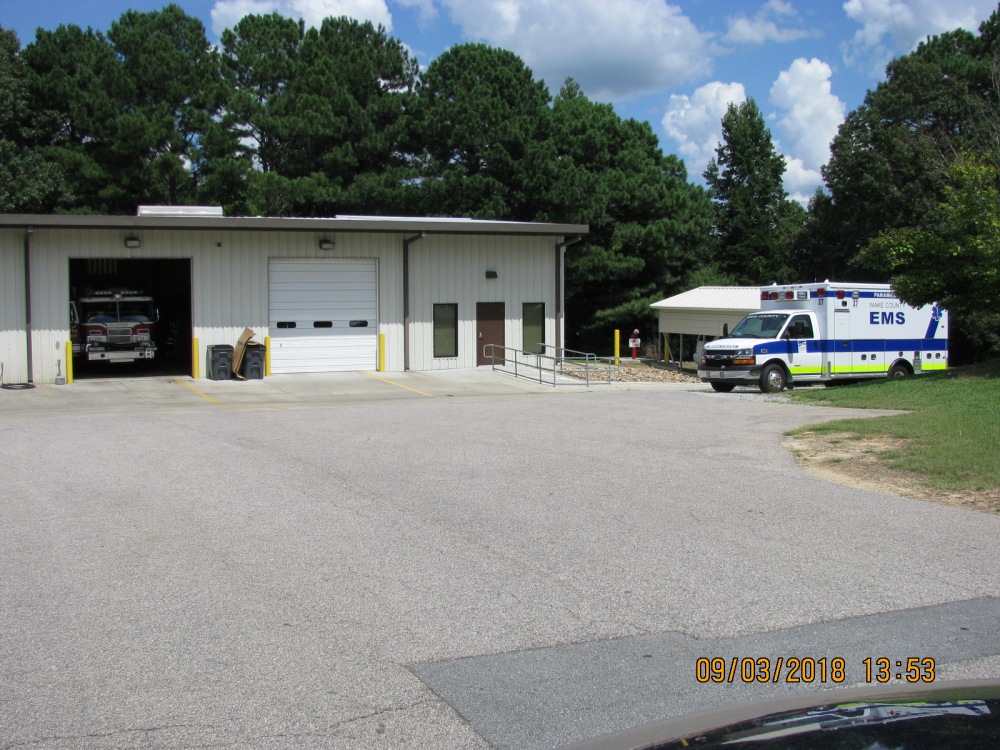 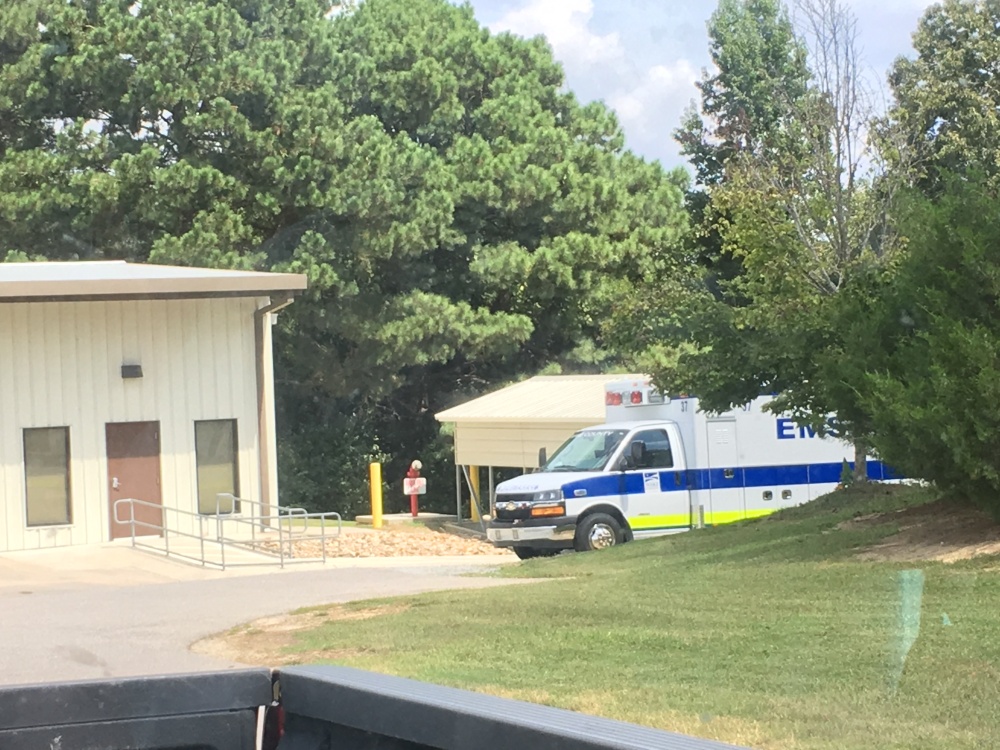 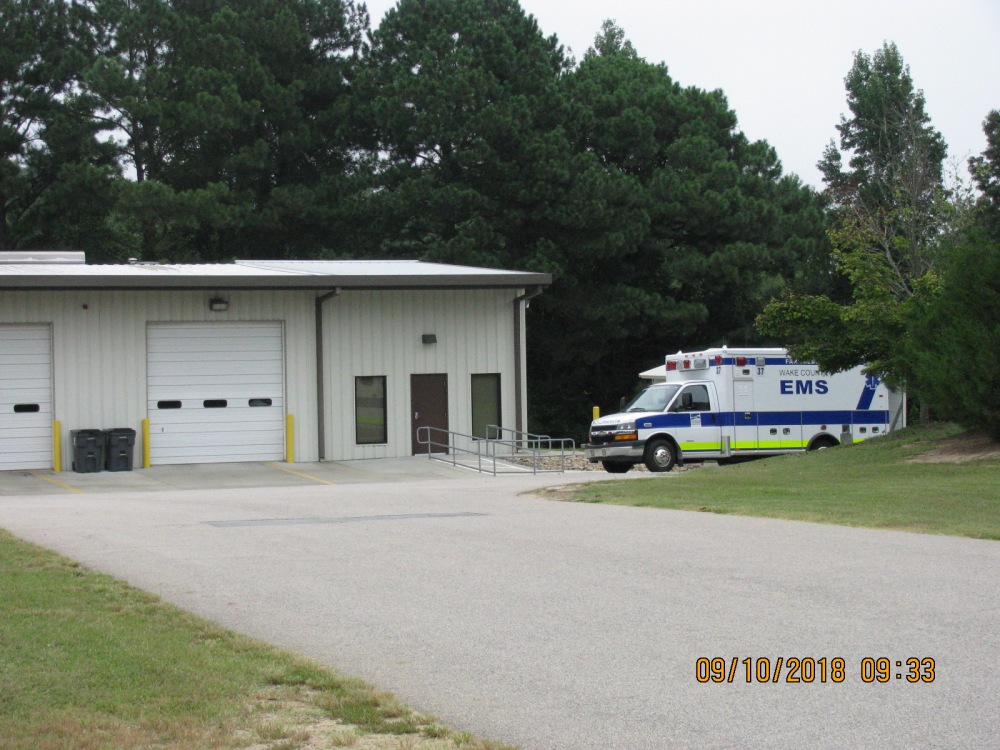 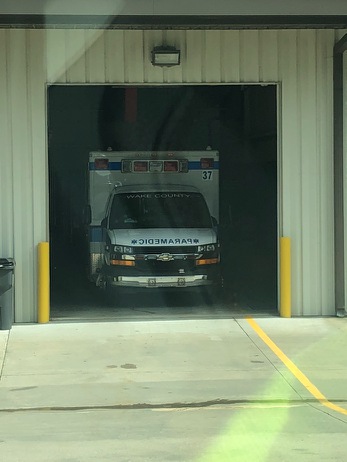 Update 7: Here is another EMS picture taken at Faireview #2 on Friday, Sep. 21. 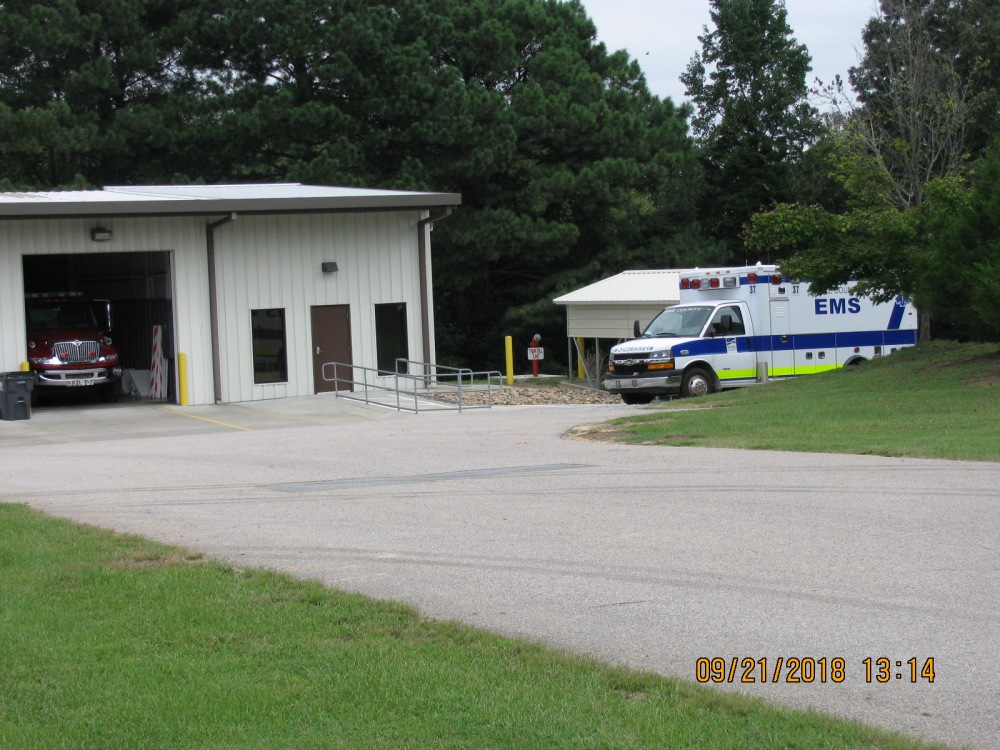 Keep those pictures coming! Thanks.

Item #2 for the defense: documents arranging for EMS to be stationed at Fairview Fire Station #2.

Here is a letter from the landlord dated Oct. 9, 2013 amending the Fairview Fire Station #2 lease to allow Wake County Emergency Medical Services to utilize the facilities there.

Here are the Fairview Fire Business Meeting Minutes of Nov. 4, 2013 containing a motion to allow the EMS peak-load truck at Sta. 2 during daytime hours with terms as written in contractual agreement with EMS as read to the membership. The motion carried unanimously.

And finally here is an email that the Fairview Fire Department sent to the Fire Commission and the County Commissioners defending their integrity, and providing additional evidence. Here is an excerpt from an email from John Olson, Chief of Operations of Wake County Department of EMS, dated Oct. 3, 2013, with the subject “Request for Assistance”:

On November 1, 2013, Wake County EMS will be deploying a peak activity unit to enhance EMS response in the Southern Wake County/Fayetteville Road corridor. This unit will park overnight at an EMS facility and will be deployed daily from 0600 to 1800 hours.

Wake County EMS is seeking cooperation from Fairview Fire Department to allow this unit to stage at Fire Station #2 between responses and move-ups. Staging a unit consists of allowing them station access to give them a place to get out of the truck during downtime. If needed, we may wish to utilize an extension cord (provided by Wake County EMS) to provide AC service to the truck for charging. This does not require any additional service to accommodate other than access to an outlet. Based on the projected utilization of this unit, I don’t foresee much downtime and charging may not be required.

I ask that you consider this request to assist us with enhancing EMS service to both the Fairview community and all of Southern Wake County. Please forward me any questions that you have in regards to this request.

Chief Poole, I call upon you to apologize publicly to Ed Brinson for your words against him at the August 16 Fire Commission Meeting. Whatever information you relied upon indicating there was no EMS program space at Fairview #2 has been shown to be incorrect. Furthermore, your accusation of dishonesty didn’t really further the discussion but rather have turned it in an unpleasant direction. Your apology would contribute greatly to civil discourse in the community. I’ll be happy to post any healing words you send my way. (Here is the contact form.) Thank you.

I’m still waiting for the apology. In the mean time, community members, please keep sending your pictures! Truth will prevail.

3 thoughts on “Yes, EMS is stationed at Fairview #2”

I live in Wake County, North Carolina. I'm a software developer. I'm happily married, and we have four children that we are extremely proud of. View all posts by David Handy