Only a few years ago, Wake County citizens were denied our rights of self-determination. Nearby cities would annex neighborhoods out of the county and force them to be part of the city without their consent. Fortunately, by act of the North Carolina state legislature, now we have the protection of being able to vote on whether we are annexed or not. But it is possible to be forcibly annexed de-facto. That is, we could be forced to pay city taxes for city services, even without ever voting on it. I’ll illustrate how the proposed shutdown of Fairview Fire Station #2 is in fact a form of de-facto annexation. 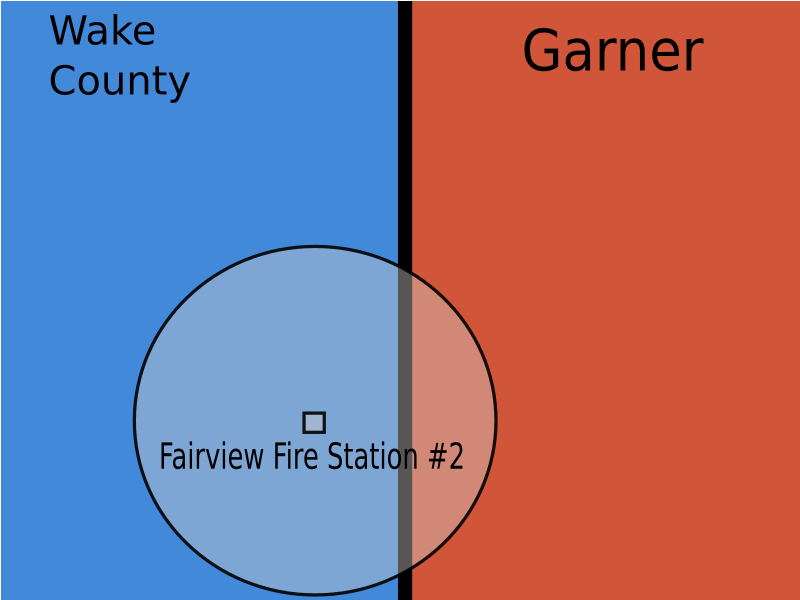 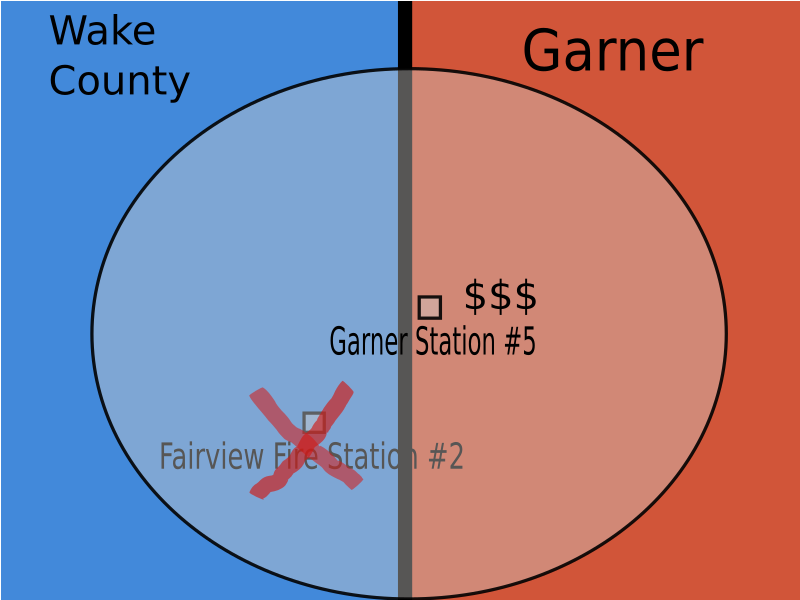 The $$$ sign next to Garner Station #5 indicates that the fire station wouldn’t be cheap. They would have to purchase land and build a new building, costing millions of dollars. Fairview Fire Station #2 is on practically free land ($104/year lease, which will not increase) and the buildings are paid for. The new Garner station would be more expensive to operate because Garner has fewer volunteers. Wake County residents would be forced to pay for the construction and operation of the new station.

How does that work? Through “cost sharing” formulas. At the July 19 meeting, Mr. Campasano presented a cost share percentage of 49.52%. This is a bill that Garner would present to the county for services they provide to the county. As you can see, by eliminating a county fire station, Garner would have to step in and fill the gap. Mr. Campasano presented this plan as a cost-saving measure, which from the point of view of the town of Garner could be true, but not from the point of view of Wake County as a whole. In effect, the proposal is for Wake County residents to pay more money to the town of Garner for services from Garner instead of from the county. One way to view this is as a de-facto forced annexation. Another way to view it is as taxation without representation.

Yes, Wake County is growing in population. New developments are popping up all the time. Something needs to be done. No alternative proposals were presented at the meeting, but there are in fact other alternatives.

First, according to my sources associated with Fairview Fire District, the station could easily expand to handle more territory. This would avoid the cost of a new land and a new building, and keep in place the exemplary leadership and volunteers we have now. 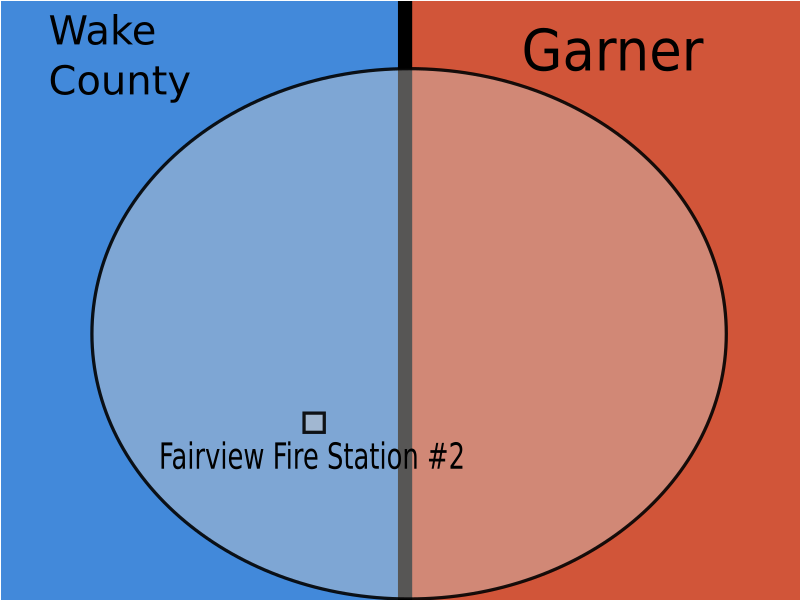 Of course, whether Garner builds a new fire station is up to the town of Garner. They may decide that they want to manage their own fire services and not rely on the county. They may decide that with the increase in population we need another station to cover what used to be rural territory that has recently been added to the town of Garner by developers. But the new station doesn’t have to be sited right on the border. Even if it was sited near the border, it doesn’t have to eliminate Fairview Fire Station #2. The town of Garner and Wake County could work together and come up with an arrangement where they handle their respective territories and support each other where it makes sense. 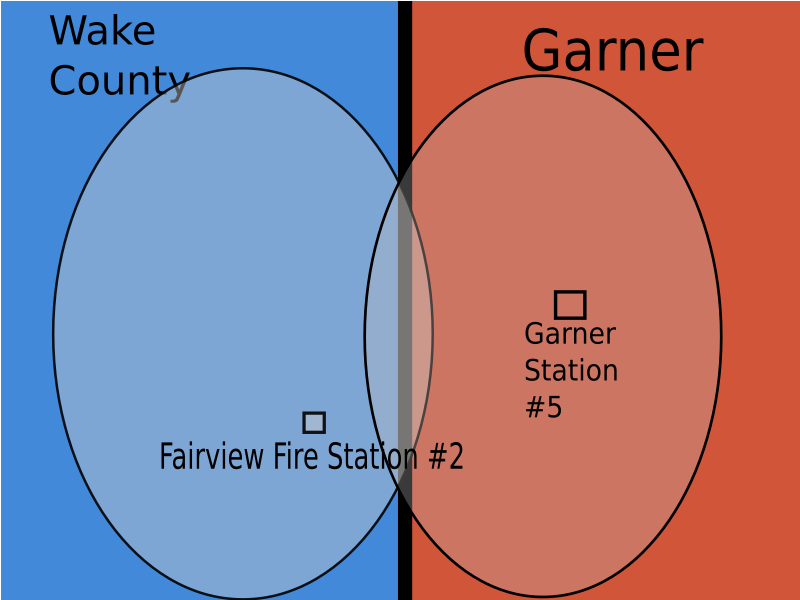 Unfortunately, this scenario was not discussed by Mr. Campasano, nor by the Garner fire chief who also made a presentation at the July 19 meeting. So it is up to us, the citizens of Wake County, to bring these rational alternatives to the attention of the County Fire Commission at their August 16 meeting. To prepare for that meeting, supporters of Fairview Fire Station #2 are meeting August 9. For details on the times and places of both of those meetings, please see the flier. Please share the flier with your friends and come to the meetings if you can!

Leave a Reply to Marklewood at Serenity Lodge Cancel reply

I live in Wake County, North Carolina. I'm a software developer. I'm happily married, and we have four children that we are extremely proud of. View all posts by David Handy